As we become adults we intentionally build up layer after layer of personality. This, in part, is why being a teenager is painful. You haven't figured out exactly who you want to be, so you try on different identities and personality. You rebel against your parents. Or you don't. You try being a goody two shoes, a goth, or a loner. You try to fit in. This experimentation is part of growth, but it can be painful to be exposed while shedding skin after skin in self discovery.

That's why being an adult can be so rewarding. You've gone through that metamorphosis. You know who your friends are and how you want to be perceived in the world. This identity is what protects us in every day life and it gives us comfort and safety.

That's why when a friend challenged me to write more personally this week I was nervous. Looking and reaching inward challenges you to look at who you are. But this is where growing happens, in reflection, so I welcome the challenge!

In unplanned serendipity I started reading Awareness by Anthony De Mello this week, a book on being more self aware. De Mello was an Indian Jesuit priest and psychologist who died in 1987. This book, Awareness, is a blend of his teachings on spirituality and introspection taken from his seminars.

The book itself is quite an unlikely book for me. Spirituality is not my thing. Historically I'm devoutly non-religious (maybe even anti-religion) and don't consider myself spiritual. While I've read the Alchemist and love it, spirituality has always seemed too "woo-woo" for my liking. Given Awareness's religious underpinnings I was hesitant at first.

So needless to say I was surprised to find myself staying up to 2:00 AM (I'm normally asleep by 11:00PM) tearing through page after virtual page of De Mello's book.

The book is filled with cries to wake up! from our slumber. The life we lead is the life that we're programmed to lead. We're asleep.

As a classical psychologist, De Mello draws on his experience working with patients. When people speak, it's often our mothers, our fathers, and our teachers or society speaking through our mouths. Our ideas are rarely our own. Our thoughts and emotions are crafted by society and those who teach us. We are what we imprint.

He calls us to wake up from this. To be aware. To stand aside from yourself and observe you reacting to life. Watch as one stimulus causes a result and another, a different one.

So that's exactly what I've been doing this week, attempting to "wake up". And it's been weirdly informative to say the least.

Being hyper aware of yourself is an odd experience. Throughout the week (when I can remember to do it) I visualize another "me" watching myself as I talk or think. Why did I do/say that? What caused that reaction? Was there a reaction there that I never knew about? It's a bit trippy but very eyeopening.

The biggest thing that I've realized about myself is that I often think I'm making a decision when I'm really not. The choice I made is not based on thinking, it's based on programming. On a reaction. Let me give you an example.

I was discussing a problem with a colleague on the best approach to implementing a new software feature. Discussion is normal and even healthy, yet when I stepped out of my body and observed myself, I noticed I was getting upset. The craziest thing was I didn't realize I had been upset for the past 5 minutes until becoming aware.

Something in the conversation had triggered me. This trigger, whatever it was, stopped my thinking and replaced it with a response pattern. And this learned pattern caused me to become defensive.

Rather than finding the best solution, the original focus of the conversation, I had subtly and swiftly shifted to defend my work ethic. And this change was purely based on my interpretation of what was said. It had almost nothing to do with the actual words spoken. It was my own insecurities and beliefs coloring the lens through which I heard the words.

But I was able to see myself do this. I was aware. That awareness made me say, "holy shit, something's going on here and I had no idea was going on".

Simply noticing allowed me to investigate. To pick apart the dialogue and see where I shifted. Where I stopped thinking and fell into a subroutine. When X happens then Elijah does Y.

Awareness is the first step, but then you can dig deeper. Is this pattern helpful? How often does it happen? What are the triggers for this routine? Where did it originate from? Was it useful before but no longer is?

Much of our lives are played out on these subroutines–learned behaviors and patterns that we've created to fit in and be loved. Some of them are beneficial but many others are rooted in ego and hold you back. You may have learned that being clever in school got the adoration of your teachers, but now when you try to impress your friends you're seen as a one-upper.

Driving these ideas home, De Mello's book has many weird, quirky, and wisdom-packed stories in it. Little parables on snapping out of your frame of reference to see things in a new light. I'll leave you this week with the following story that captures some of the quirkiness in the book.

Ramirez is an old man who is laying in his bed in his castle, immobilized. He looks out his window and notices his life long enemy, Borgia, trudging towards the castle. Even though Borgia is old and slow, he eventually makes his way up the hill and into Ramirez's bedroom.

There, Borgia removes his coat revealing a gun and threatens to end his bitter enemy. Ramirez desperately tries to reason with his enemy, but Borgia retorts, "there's not thing you can do to stop me from finally killing you!"

"Yes there is," Ramirez replies.

And so he does.

Are you acting or reacting? Step up and out of yourself this week and simply observe you as you go through life. 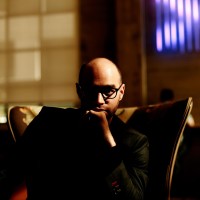